Neustadt an der Weinstrasse – Kompaan Brewery has won gold for Joey Greenhorn and another golden medal for Bloedbroeder at Meininger's International Craft BeerAwards. It was the first time that Kompaan took part in a German competition.The prizes were awarded on 17 June 2019 in the Tuscany of Germany: Neustadt ander Weintrasse.

This was not the first time that these Kompaan beers have been awarded. At the 2017 Dutch Beer Challenge Joey Greenhorn won a bronze medal and Bloedbroeder won agold medal and was also voted the best beer in the Netherlands. Kompaan also won gold with Bloedbroeder at the Barcelona Beer Challenge in 2017 and in 2018 a Certificate of Excellence was awarded at the Brussels Beer Challenge. 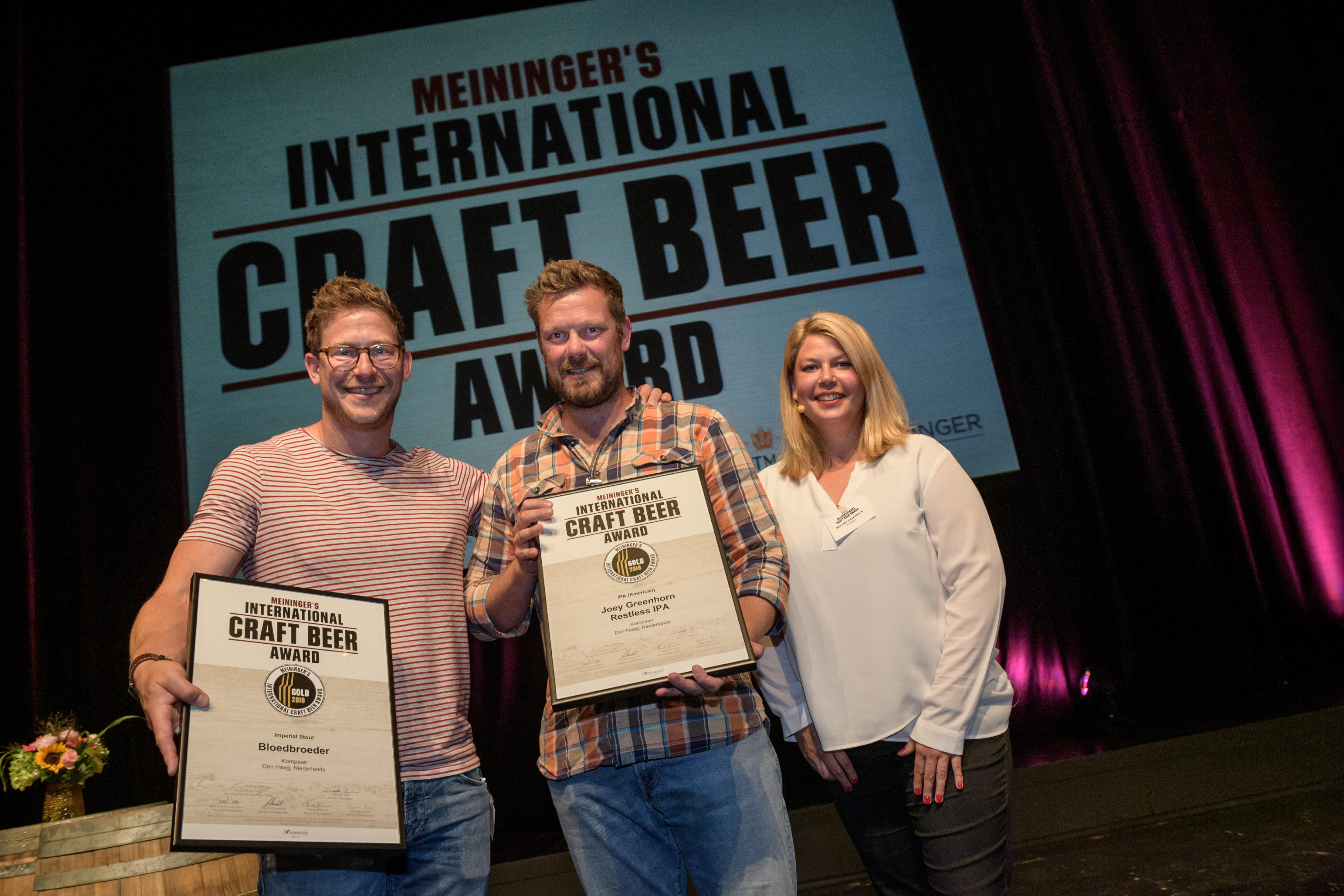 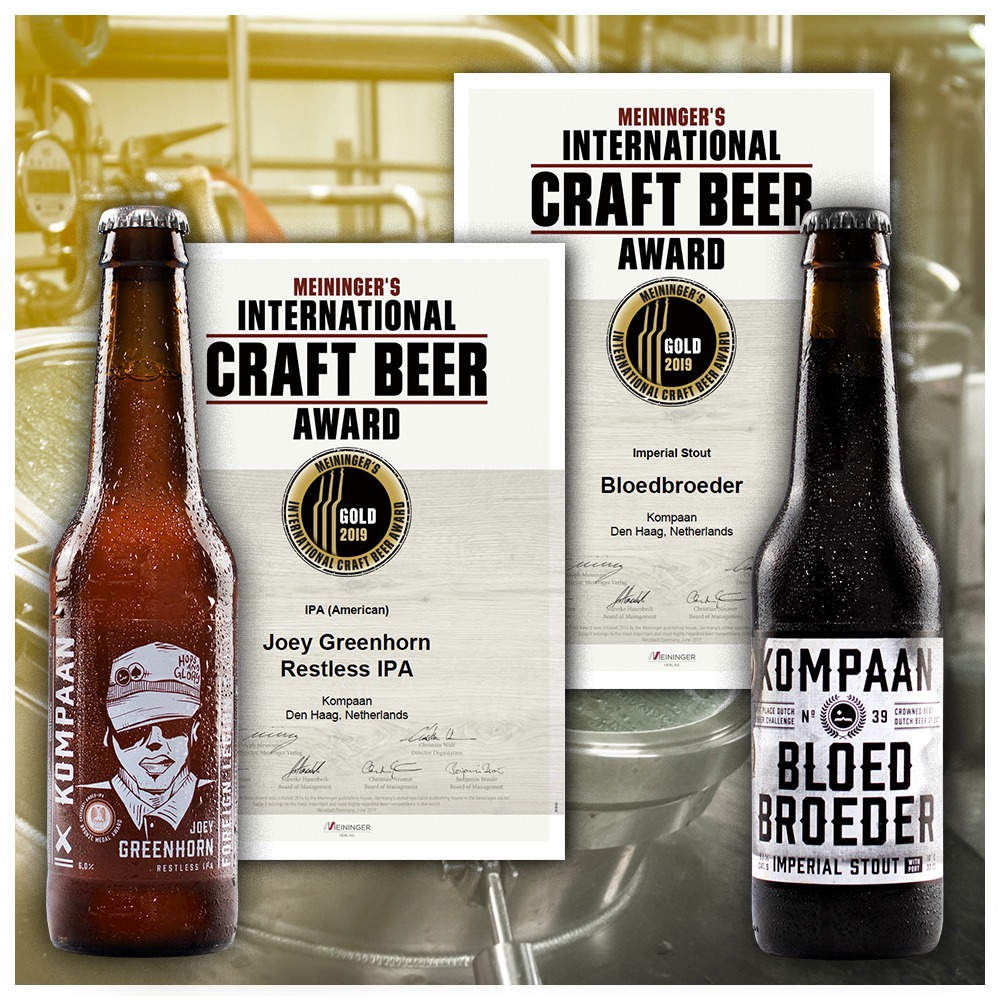